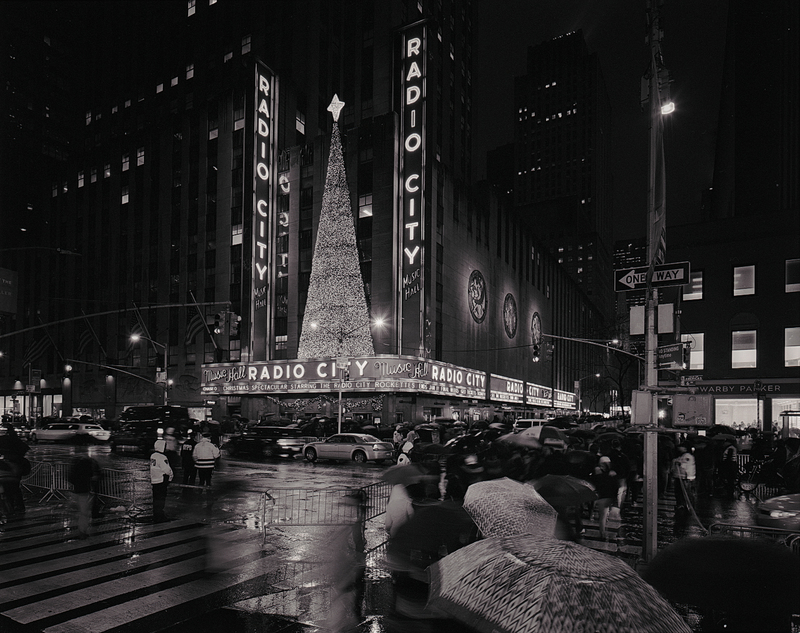 Radio City and the holidays always elicit a sense of nostalgia with me. I’ve enjoyed the show twice there, and while both were memorable, I don’t think those two experiences explain for me the significance of this building and why it impacts me the way it does. I think I eventually realized  the feelings come from the sense of excitement that as a child, always took over this time of year and my association of Radio City with the holidays. The holidays for me as a young boy consisted of family gatherings where we would all meet at my grandmothers with my cousins and I spending the night playing with all of the new toys we got. There was the food; I was never big on the ham, but I loved the macaroni and cheese, and then of course the desserts! All of the cookies, cakes and pies, and I was never cut off from eating “too much”, as if there was such a thing when it comes to chocolate chip cookies or cheesecake.

That same grandmother did take me and all of those same cousins to see the Christmas Spectacular at Radio City one year. This was my first time in New York City and I remember the streets being somewhat overwhelming, the pace was much faster than anything I experienced before, but I also remember the chestnuts roasting, a smell I never experienced before and had to ask what it was.  I remember how energized the city was with flashing lights and Christmas music playing just about everywhere you  went, and I remember looking down at the skating rink at Rockefeller Center. Like most things that have an impact on me, I photograph them, and Radio City was no different. With rain in the forecast, we decided to take a trip by Radio City in the hopes of being able to make a good negative of the scene.

We were already in the city for the Michelangelo show at the Met, (Michelangelo show at the Met) which if you have the time, I strongly recommend; just being able to see some of his work in person is worth the trip. I have been a fan of his since reading the biography “The Agony and the Ecstasy” by Irving Stone back in the late 90’s. Included in the show are several of his drawings, and some of his sculptures which I have always looked at in awe, albeit never in person until Saturday.  (My Hasselblad got some work with a sculpture or two, but that is a photograph and story for a different day!)

Nighttime fell as did the rain, and we eventually neared West 50th and 6th Avenue. The crowds of people moving about, the smell of roasting chestnuts rekindling memories, the yell of street vendors, some seeing opportunity in poorly prepared tourists in need of umbrellas, others selling hot food to take the chill out of the cold wet night. The crowds were massive, but they kept moving, and I found similarity in the people and large schools of fish, parting and coming together as everyone walked about heading in their own directions. There were so many people on W 50th Street that the NYPD had closed it and set up barricades , opening them to allow people to cross only when the light on 6th Avenue turned red.

It took me a bit of time to find a place to photograph from, but I eventually was happy with a location and set up. I was only elevated by about 2 feet, however, it made all the difference for what I was looking to create – being able to see the tops of umbrellas and the crowds stretching all the way down W 50th towards Rockefeller Center helps make the statement for me that I was looking for. The rain helped with adding the reflection in the street to help convey a sense of energy that anyone can feel when in that area. Because of the "short" exposure, the American flags on the front of the building running down 6th Avenue are clearly and proudly displayed.