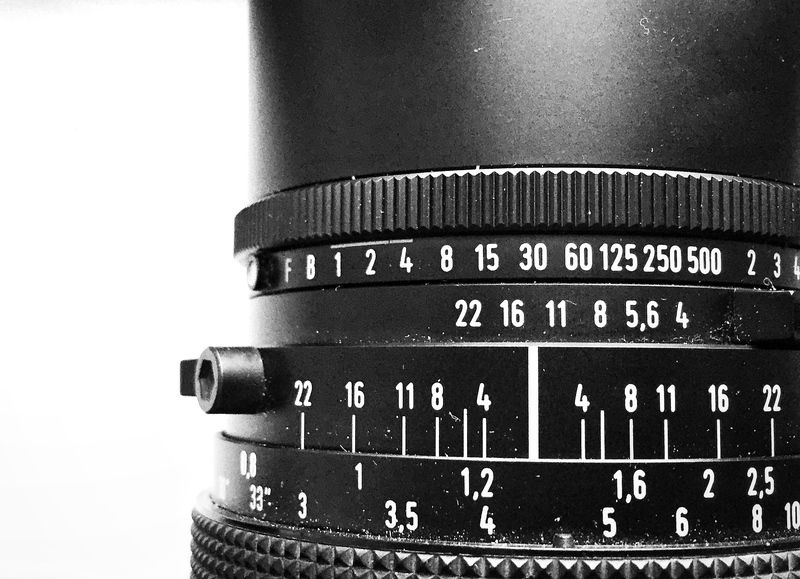 So you have a camera, now what? Regardless of whether you have a film or digital camera, there are lots of different moving pieces, most of which either have numbers or small icons on them….so where do you begin? (If this isn’t your first camera, you can probably skip over this article.)

Cameras, digital and film alike, work to accomplish the same thing by different methods but in general terms, the end result is the same, a photograph. In photography, the three basic and important camera controls to remember are aperture, shutter speed and film speed or ISO. I will just go into the basics in this article and the follow on articles will go into them in greater depth, building on what each article discusses.

So, aperture….this is essentially the size of the opening in the lens that allows light through. You can probably see this if you look into the lens.

This brings us to shutter speed…this is how fast the shutter, the curtain so to speak, is open to allow the light the aperture is allowing in, to strike the light sensitive material in the camera, whether it be the digital sensor or a piece of film. Faster shutter speeds freeze motion, slower ones blur motion. With that in mind, when you see the photograph on the front page of a newspaper with a photograph the exact moment the ball hit the baseball players bat….that was a very fast shutter speed. Conversely, when you see those photographs of a stream in the country, and the water has a silky, stretched cotton look? That’s a slow shutter speed, meaning the shutter was open for a longer period of time.

Lastly, we have film speed or ISO. I won’t get into what ISO (which also goes by ASA) stands for, however, they are universal numerical values that indicate the light sensitivity of a material. Put differently, they indicate how sensitive the film or sensor with that specific setting is to light. Lower values mean they are less sensitive, higher values mean they are more sensitive. So, if you were going to photograph something indoors, with poor lighting, you would want a fast film, one that is more sensitive to light…have a scene like a bright afternoon with plenty of light, you could choose a slower film, meaning a lower number.

Photography brings with it compromise, and it is certainly true with these three tools of the camera.

In the next three articles, we will go into further detail on each of these creative controls with the camera, but start thinking over how each of these impact the other.