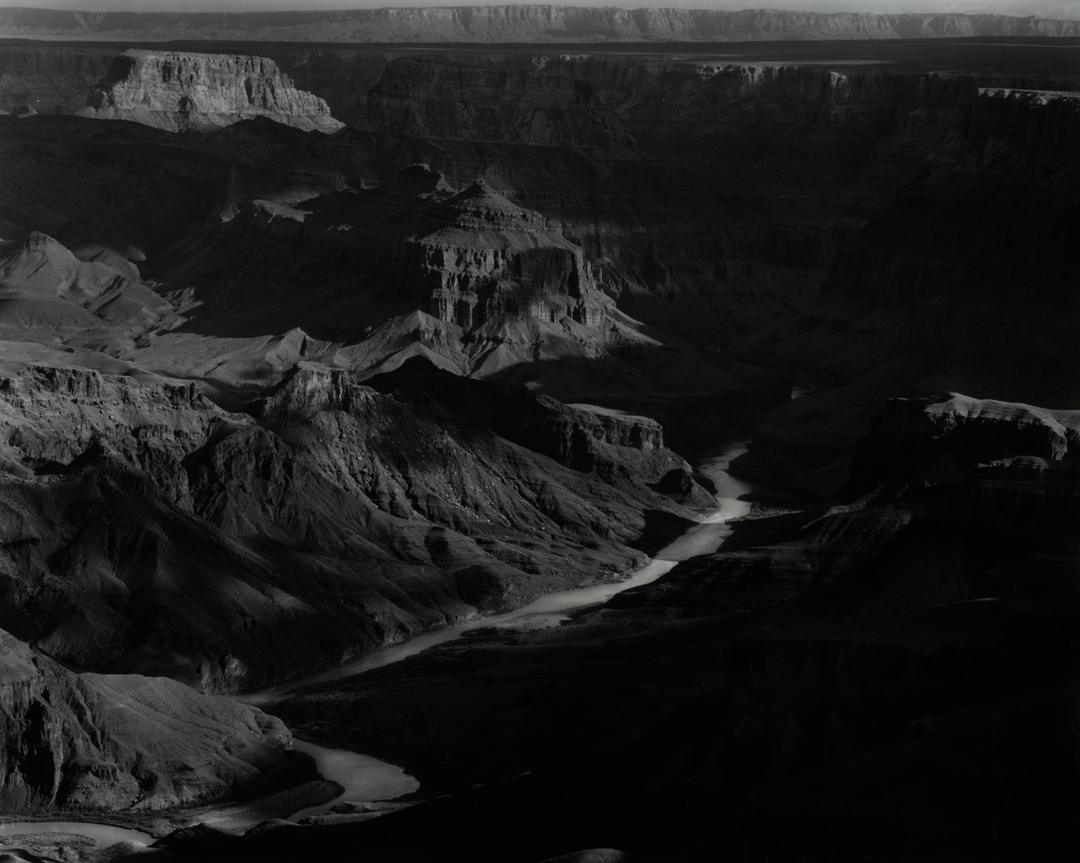 This is where I was standing as the sun came over the eastern horizon and fought its way through early morning cloud cover. The moving clouds created patches of shade and light across the enormous landscape as it covered and revealed the light from the sun. Gradually, the sun gained in height and its light began to reach the canyon floor and the Colorado River. This was what I was waiting for, and I made a few exposures, not wanting to have just one in case I made a mistake with the processing or any of the other many steps involved with film photography. The cold that I was bundled up against slowly wore off, and as I headed back to the cafe near the Desert View Watchtower, I was overcome with an incredible sense of calm and peace. I bought a coffee and reloaded my film holders; when I was finished I decided to just sit there for a bit and take in the still present feeling of euphoria. I probably spent an hour there just watching people walk to and from the canyon edge, in and out of the cafe and over to the watchtower. Eventually, I left that spot by the cafe and went on with my trip, but I think those hours there, which started before sunrise are still with me, and when I look at this photograph, I am taken right back to that morning.

This is a hand made print made by me in my darkroom. The paper used is double weight weight fiber based glossy. The process I use is archival and the prints are toned in selenium to increase their permanency as well as resistance to pollutants in the air. Because these are handmade, there is generally a 2-3 week turnaround to fulfill an order. All prints come with a 1-Year Print Guarantee. Any questions? Please contact me!