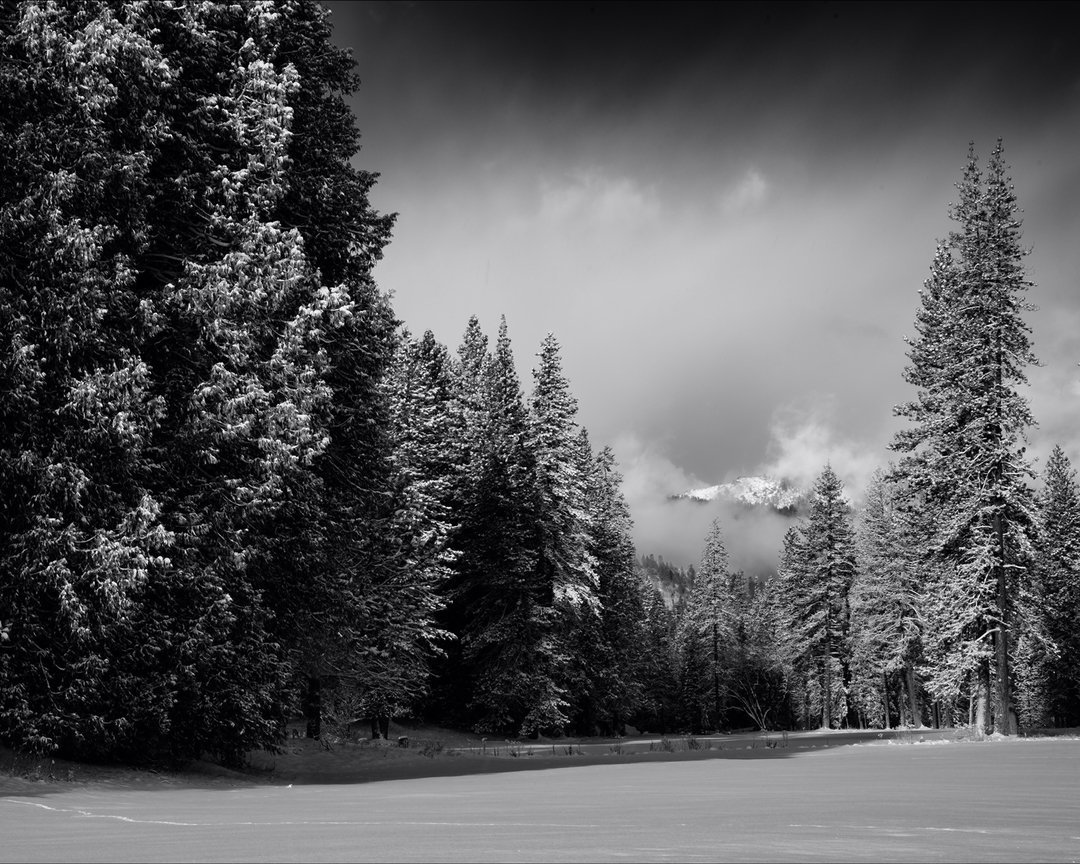 It was December 2013 when I drove through the entrance to Yosemite National Park. It had been snowing all night, the drive up the winding snow covered road was long and slow; the anticipation of seeing Yosemite with a fresh blanket of snow, free of human footprints urged me to drive faster. I stopped in Wawona because the road ahead into the valley was temporarily closed while road crews worked to plow more than 12 inches of snow from the road. Disappointed I was going to be delayed, I got out of the car to explore, and found this scene a few feet off the roadway. It was about 25 degrees out, the air was crisp but refreshing, and the sky would occasionally open up to allow some sun through before closing up completely with low hanging clouds and blowing snow. Little did I know the impact this trip would have on me. To this day, when I step outside into the cold, I immediately go back to the quiet tranquility that was Yosemite that first day I arrived.

This is a print made from a digital photograph. The photo paper is exposed using a laser and then developed with darkroom chemicals. I have these printed at a professional laboratory once I have edited them to my satisfaction. All prints come with a 1-Year Print Guarantee. Any questions? Please contact me!